What does one do on a free Saturday afternoon? Upgrading Linux machines of course! I thought upgrading my Ubuntu 20.04 LTS laptop to Ubuntu 22.04 LTS would be a routine task I could keep running in the background, but... computer said no.

The first hurdle was starting the upgrade:

I was puzzled: although Ubuntu 22.04 has been released three months ago, Ubuntu 20.04 doesn't detect this as a new release. It took some digging around to discover that apparently upgrades from one LTS release to the next one are only available after the first point release. So in this case, Ubuntu 20.04 will not detect a newer version until Ubuntu 22.04.1 is released, which is scheduled for August 4.

Luckily you're still able to upgrade, you just have to ask for the development version:

Ok, so after this first hurdle I thought this was the most exciting part of the upgrade, but I was wrong. I'm not sure what the problem was, but after all packages had been downloaded and when the upgrade process was in the middle of applying the package upgrades, the screen became grey and showed the message "Something has gone wrong. Please logout and try again." I had to restart Ubuntu and it even didn't reach the login screen, just showing me a grey screen.

This all looked familiar. 1 I encountered exactly the same problem two years ago while upgrading Ubuntu 19.10 to Ubuntu 20.04 LTS. So luckily I could take the blog article I wrote then as a guideline for the recovery process. However, the fix was slightly more complex this time. These are my notes of fixing this.

First reboot your computer and start Ubuntu in recovery mode:

Because the installation has been aborted, I tried fixing a broken install:

While last time this fixed the issue, I now encountered an error about the Firefox package. Ubuntu decided to switch Firefox to a snap package, and apparently apt wasn't able to install the new deb package that installs the snap. As a temporary workaround, I removed Firefox and ran the apt command again:

This still resulted in the same error, so my next idea was to prevent the upgrade process from installing Firefox. So I created the apt preference file /etc/apt/preferences.d/firefox-no-snap.pref with the following configuration:

Then I tried to fix the install again:

This worked! No complaints about the Firefox package this time.

To be sure I didn't miss any package configuration, I configured all unpacked but not yet configured packages:

This returned silently, so no issues there.

Then I continued the upgrade:

And this now went smoothly. So after the upgrade succeeded, I had Ubuntu 22.04 on my system:

And then I could login again and was welcomed by the new jellyfish desktop background: 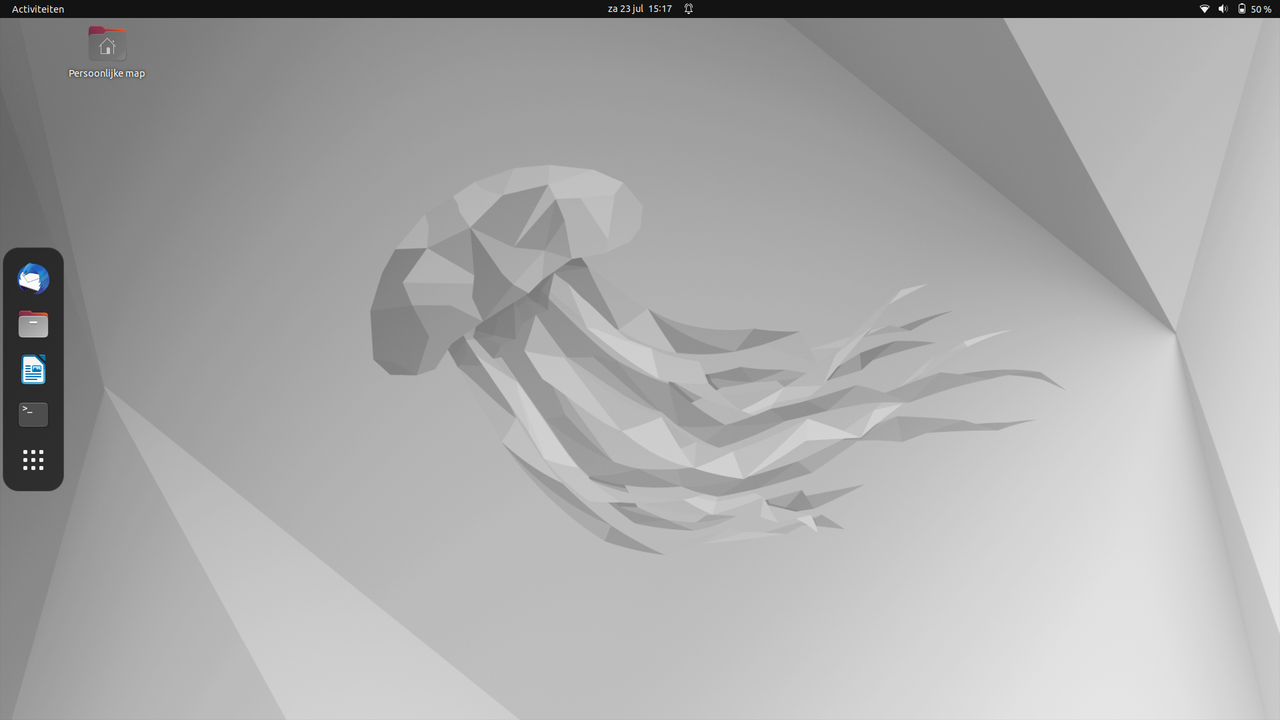 Then I reinstalled Firefox as a snap: 2

And finally I had a working Ubuntu laptop again.

If you don't remember exactly what you did in recovery mode to fix your upgrade and you have already rebooted, just run sudo su and then history. It will show you the commands you ran as root.

This article about fixing an upgrade to Ubuntu 20.04 is by far the most popular one on my blog, and I still get some emails sometimes from people thanking me that I saved them the trouble of finding out how to fix their broken upgrade.

At this moment I was just too lazy to find out how to install Firefox from the Mozilla team's PPA. I know that there are some issues with it, but I'll just have to see whether the snap works for me.